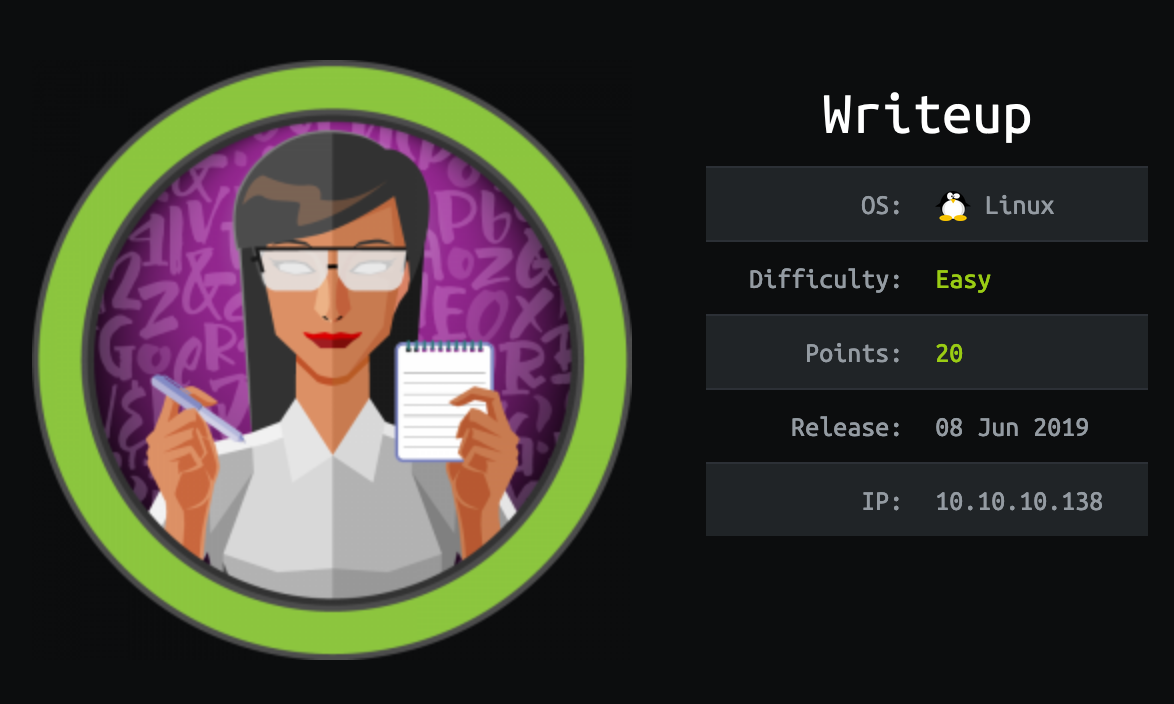 Writeup was my first machine I solved to start my CTF journey. It’s an easy rated box but still interesting and perfect to jump into the CTF bath!

Let’s start with the classic nmap:

A classic, port 80 and 22. nmap did a bit extra work for us and found the the robots.txt show an interesting entry : /writeup/

First thing we see when opening the 80 port is this message :

So there a DOS protection checking apache logs for 40X errors. Probably a fail2ban or something. Let’s avoid classic enumeration scripts to not get banned.

Page is hand-crafted with vi.

That’s an interesting fact to keep in mind, maybe can access vi backups file (something like index.php~ or index.php.swp) and have a look at the source code. 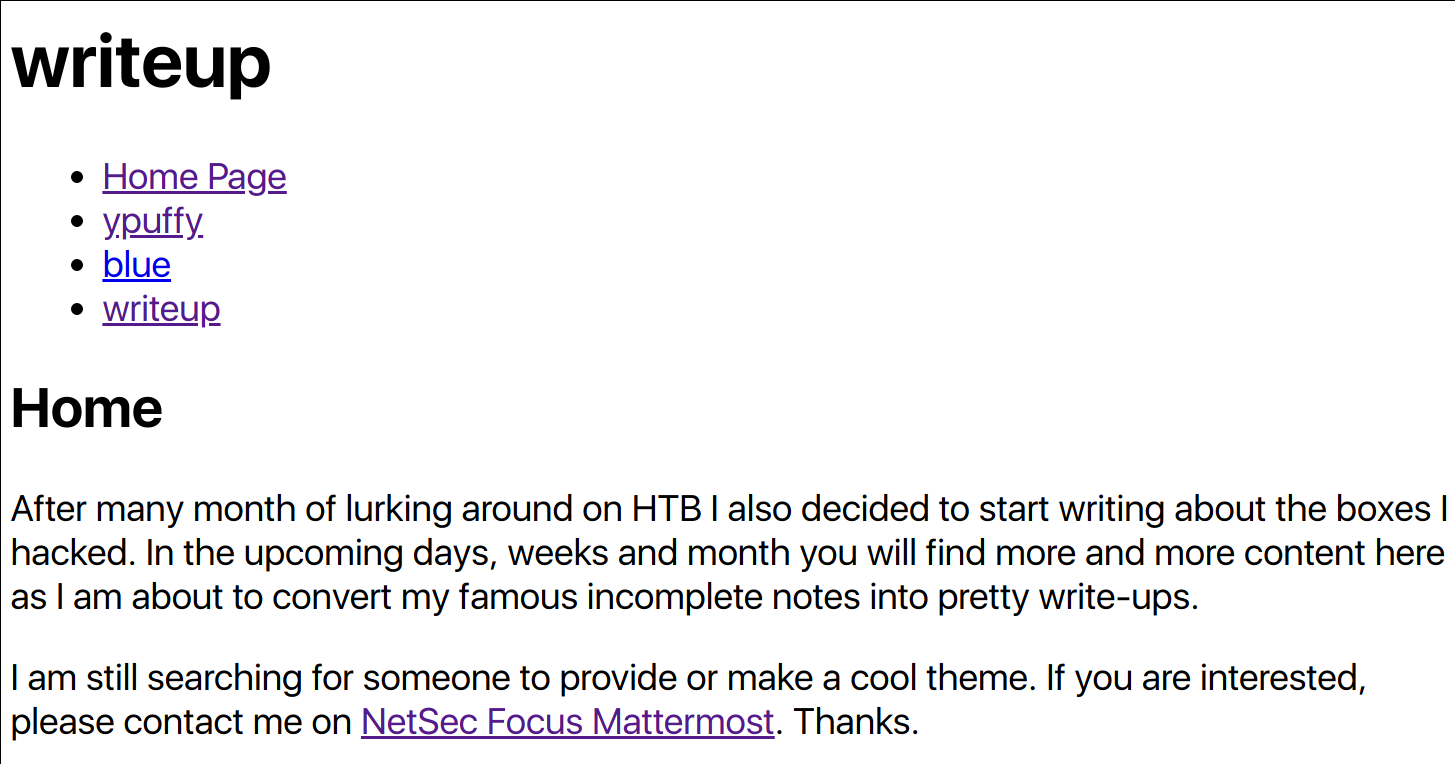 Each writeup is accessible throught the URL in the following form :

After digging a bit we found there is no Local File Inclusion vulnerabilities nor vim backup files accessible.

Checking the source code inform us that the website was made using CMS Made Simple :

An issue was discovered in CMS Made Simple 2.2.8. It is possible with the News module, through a crafted URL, to achieve unauthenticated blind time-based SQL injection via the m1_idlist parameter.

And an exploit is already available, perfect!

Looking at the source code we can see we have a very well crafted and complete exploit. It will :

Really nice exploit here. So we have an username and a password.

The CMS Made Simple admin page can not be accessed using those credentials, so let’s try with SSH :

After watching the processes for a while, we will see a few other users succeding the user challenge and connect to SSH aswell. And something interresting appears :

A few commands are run as root upon users login. Let’s dig.

First command that caught the attention is run-parts --lsbsysinit /etc/update-motd.d

Sounds promising. If we can add a script to /etc/update-motd.d it will be executed as root on next login.

Unfortunately we don’t have writting rights to /etc/update-motd.d nor to the file present in it:

Another thing we noticed is that executable are called in relative path and not absolute. And the first command gives the full PATH env variable before launching the run-parts command.

As a reminder, when a command is called Linux will search in the PATH environement variable to find where this executable is located. So in the command above, Linux system will first look in the /usr/local/sbin to see if run-parts is there, then in /usr/local/bin etc…

Let’s check where run-parts is :

So it’s /bin/ folder, the last on the PATH list. That mean if we can write an executable named run-parts in either :

then it will be ran instead of the real /bin/run-parts and as root. If we have writting rights in any of those folder then it’s bingo.

Now we logout and login again to the box to initiate the sh -c /usr/bin/env -i PATH=/usr/local/sbin:/usr/local/bin:/usr/sbin:/usr/bin:/sbin:/bin run-parts --lsbsysinit /etc/update-motd.d > /run/motd.dynamic.new command.

And surely we receive the connection immediatly :

That’s it! As always do not hesitate to contact me for any questions or feedbacks.