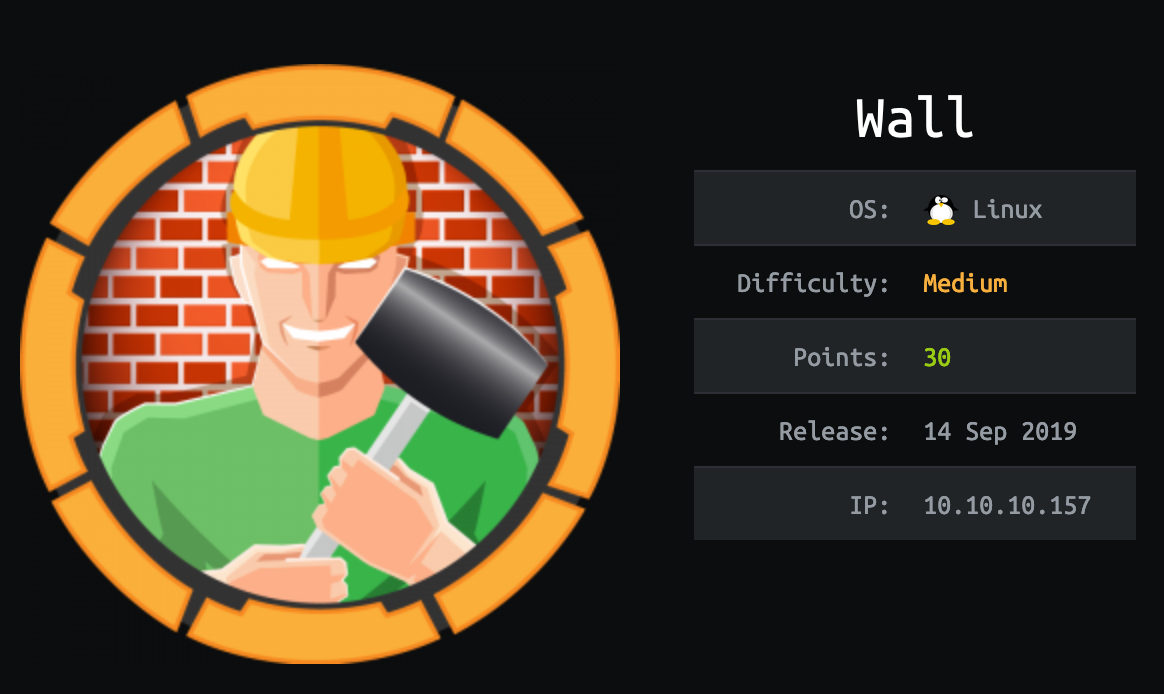 Wall was an interesting box, exploit oriented. The initial foothold was not straight forward to find and took a bit of time to finally figure out.

We have a classical web app running on port 80 and the ssh port 22 open.

The source code of the page do not reveal any sneaky hidden code so let’s move on.

We launch gobuster to see if we can find interresting files and/or directories :

Hum we do not have too much informations here. /monitoring and /server-status prompt Basic Auth.

From here we didn’t make a lot of progress. Trying to brute-force the Basic Auth of /monitoring and /server-status doesn’t gives results. We don’t even have any particular informations on the two php files.
After getting into rabbit holes for a few times I decided to try different HTTP Method on the php endpoints with a simple command:

No interresting results, neither on panel.php. Out of despair I decide to try on the /monitoring endpoint. And finally:

Interresting, the /centreon endpoint slipped from the gobuster enumeration. Maybe a bigger wordlist might have discovered it. For future references I add this endpoint to the wordlist I use the most :

We got our initial foothold. Opening the page show the classical Centreon login page : 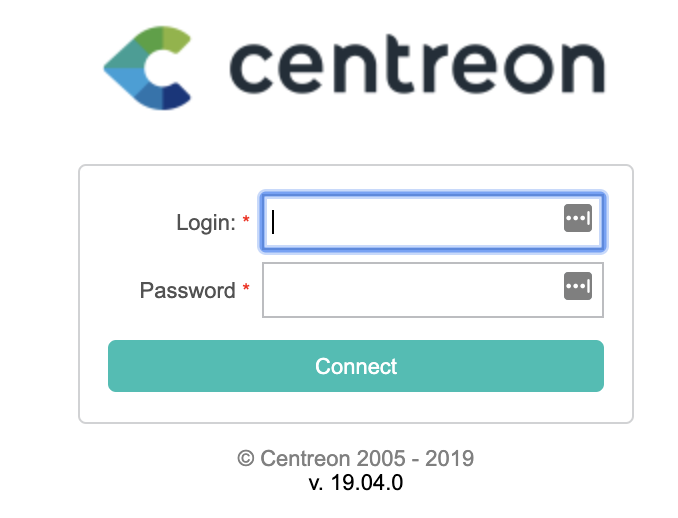 The login page display the version number: v. 19.04.0. Searching for exploits on this version we found a Remote Code Execution vulnerability:

Unfortunately this is a Authenticated RCE and we have no way to bypass authentication. Since we don’t have any clues, let’s try to bruteforce with user admin.

I like to use Probable-Wordlists instead of the classic rockyou.txt that countains too much garbages:

We now have the credentials, let’s login and try to execute the exploit. The exploit author wrote a blog post explaining in detail the issue and how the exploit work. It’s a very useful ressource to tweak the exploit to make it working on this box.

I had to tweak a few lines to make it work it work properly on that box, my final script was :

The exploit takes one argument which is the command we want to run. Let’s try to run a netcat reverse shell:

Hum, we get stuck with Forbidden.

Seems like a WAF (web application firewall) is in place (probably the why the box name is Wall). When we send a simple test command, like test the injection succeed. Let’s try to send a few special char we had in our netcat command to find which one exactly is filtered :

No blocking this time… So what remains ? The space of course…. Let’s give it a try:

So now we have to find a solution to use command without spaces… Searching a bit online we find that it’s possible to use the Internal field separator :

The shell treats each character of $IFS as a delimiter, and splits the results of the other expansions into words on these characters.

Let’s give it try:

Unfortunately this doesn’t seems to work but using the brackets works!

Let’s try edit our exploit to replace spaces with the IFS:

This time we are going to open a local web server to have feedback on wether our command injection worked on not. In a new terminal let’s open a python simple http server:

And let’s run our exploit again:

And on our web server we see a new entry:

Since we managed to write it to the server, let’s run it now. We first open our nc listener:

And run the exploit again :

And the shell open in our reverse shell:

We got our first shell. Time to move onto the user flag.

Let’s enumerate what we have here :

Interresting, I always run a search for binaries with setuid bit enabled first and this returned screen in version 4.5.0.

Binaries with the setuid bit enabled, are being executed as if they were running under the context of the root user. This enables normal (non-privileged) users to use special privileges, like opening sockets. While this seems unnecessary for a normal user, it is actually needed for simple commands like ping.

After a bit of search we stumbled upon a bug that allows to privilege escalte to root with screen 4.5.0 and setuid bit set.
Let’s give it a try !

We got our root shell !

We skipped the pivot to user part (if there was any) but we can now access easily to both flags:

Later I will give this box another try to pivot correctly to the shelby user if it’s possible and update this writeup.

As always do not hesitate to contact me for any questions or feedbacks.