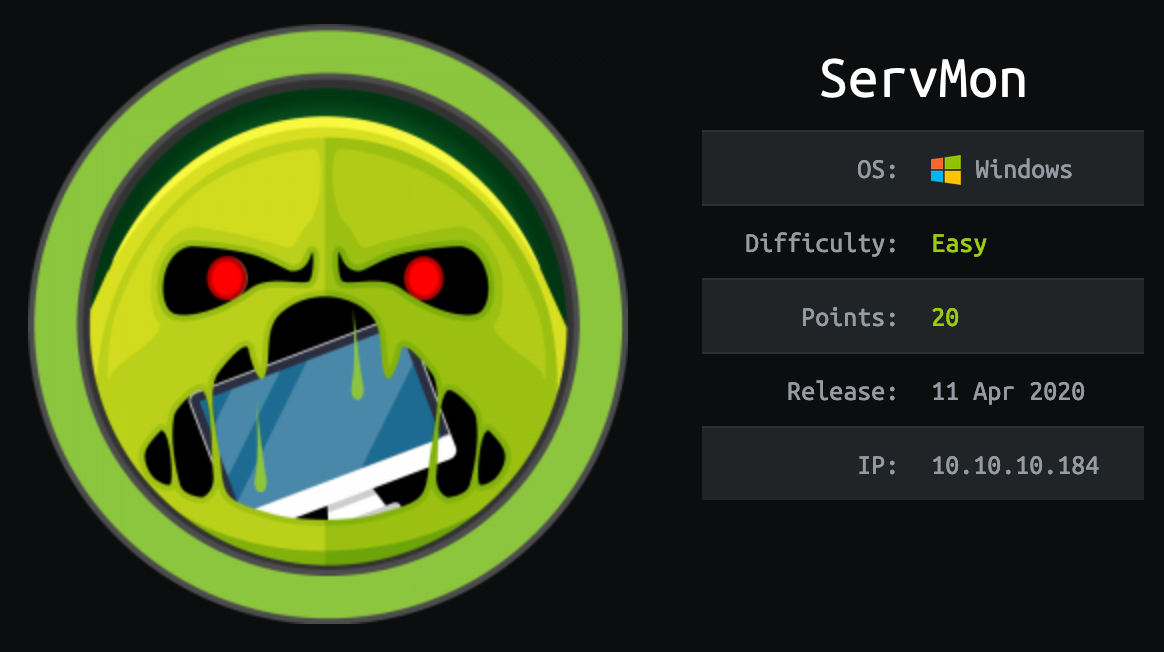 ServMon just retired on Hackthebox, it’s an easy difficulty Windows box. This was my first box ever being Windows based, it was quite new to me since I didn’t use Windows for the last 7 years. Nonetheless it was good opportunity to learn a few new tricks by getting out of my confort zone.
Overall quite enjoyed this box which is -in my opinion- the perfect opportunity to start on Windows based boxes.

Tl;Dr: To get the user flag you had to retrieve a text file containing credentials by using a File Transversal vulnerability on a Network Surveillance software running on port 80. You then find a list of two users from an open FTP server. Using the credentials list found earlier you can brute-force one of the user (Nadine) password and grab the flag.
To get the root flag you had to exploit multiple vulnerabilities in NSClient++ monitoring daemon to achieve Remote Code Execution as root and read the flag.

nmap indicate that anonymous login is possible on the FTP server running on 21. It also shows that there is an Users directory inside. Looks quite promising.

Let’s take a look by ourselves:

Alright, since we have enough permission let’s download the whole Users folder to browse the content more easily:

That’s interesting, according to Nadine there is a Passwords.txt file on Nathan Desktop. Let’s keep that in mind for later, it will probably come useful.

Now that we are done for the FTP Server let’s move on to the port 80. 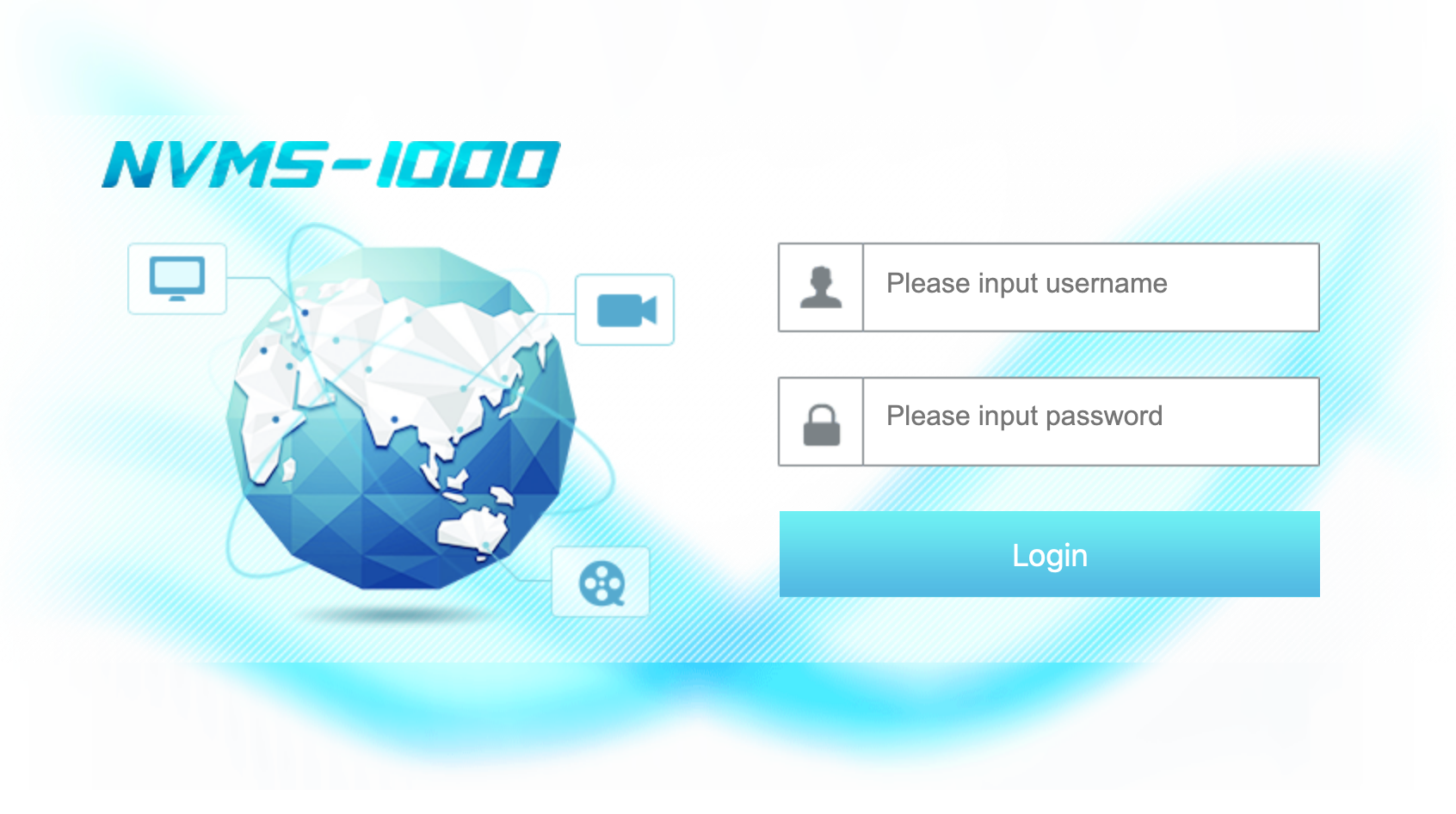 That’s an uncommon login page. A quick Google Search on NVMS-1000 gives us the following information :

NVMS-1000 is a monitoring client which is specially designed for network video surveillance.

As with all obscure softwares let’s check if any public exploit is available.

That sound perfect for what we need.

Given the informations we got earlier we can probably retrieve the Passwords.txt file Nadine was talking about using this Directory Traversal vulnerability.

Reading the exploit code shows that we have to go back 12 levels to get to the root path. Let’s give it a try to retrieve the file located in /Users/Nathan/Desktop/ (according to Nadine note):

Since SSH is open maybe one of this password will be working for Nathan user. Let’s use hydra to try brute forcing it:

No luck but it’s maybe worth trying on Nadine account:

Since the SMB port 445 is open it was also possible to brute-force using this entry point. For this one I will use crackmapexec:

We can now connect to Nadine account trough SSH and grab the flag:

So far we didn’t even need to look at what’s is running on port 8443. Since nothing is left at random on HackTheBox that’s probably our entry point to root.

The web interface is really buggy and nothing can be done from there. I don’t know if it’s intended or not but anyway let’s move on.

Out of curiosity let’s check on searchsploit if any vulnerabilities are available for this NSClient++ tool:

Navigating to the NSPClient++ folder allows to confirm the version running is vulnerable:

We are going to skip the Authenticated Remote Code Execution since, well, we already have code execution on the machine as Nadine.
But the Privilege Escalation looks exactly what we need to get to root. Let’s take a look at it:

Sounds really good, we have the detailed exploit procedure. One problem remains, most of the configuration needed in order to setup the exploit require access to the Web Interface. Unfortunately this interface is completely buggy and unstable (at least when I was working on it), so we need to find a way to access the same feature but without using the Web Interface.

After reading the documentation a little I am confident it should be possible to do so only using the API and the nscp client.
Alright let’s get into it!

Using a scp we can send nc.exe to the box C:\Temp folder:

Since the Web Interface is not accessible we need to use the API. Thankfully it’s almost fully documented.

The API is only accessible from localhost so I will open a SSH tunnel to make testing easier since I am more confortable working with bash than powershell:

Now we are all setup. Let’s add our external script (the reverse shell) using the API:

We can verify our script have been added:

Time to open our listener:

And use the API again to execute our script. The execute command was not so straightforward to find from the documentation but digging a little we can find it under queries endpoint:

And on our listener a new connection open, we have a shell as nt authority\system: