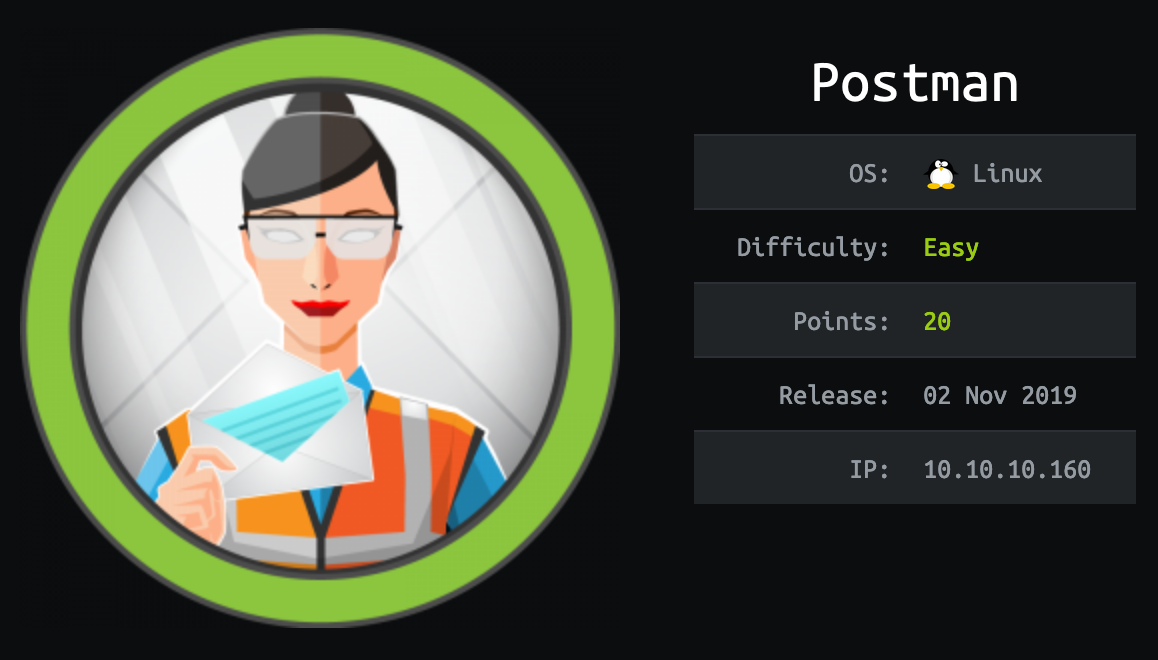 Postman just retired on HackTheBox. It was an easy difficulty box. It was quite quick but nice to solve. It can be really interesting if you want to learn and play with the now widely used Redis.

Tl;Dr: The user flag consisted in exploiting a redis instance accessible without authentication. From this instance you would bruteforce the passphrase of a SSH key found in a backup folder and use its password to pivot from redis user to Matt user.
Using the same password we could login to a Webmin panel and use an exploit (CVE-2019-12840) to achieve remote commands execution as root and grab the flag. 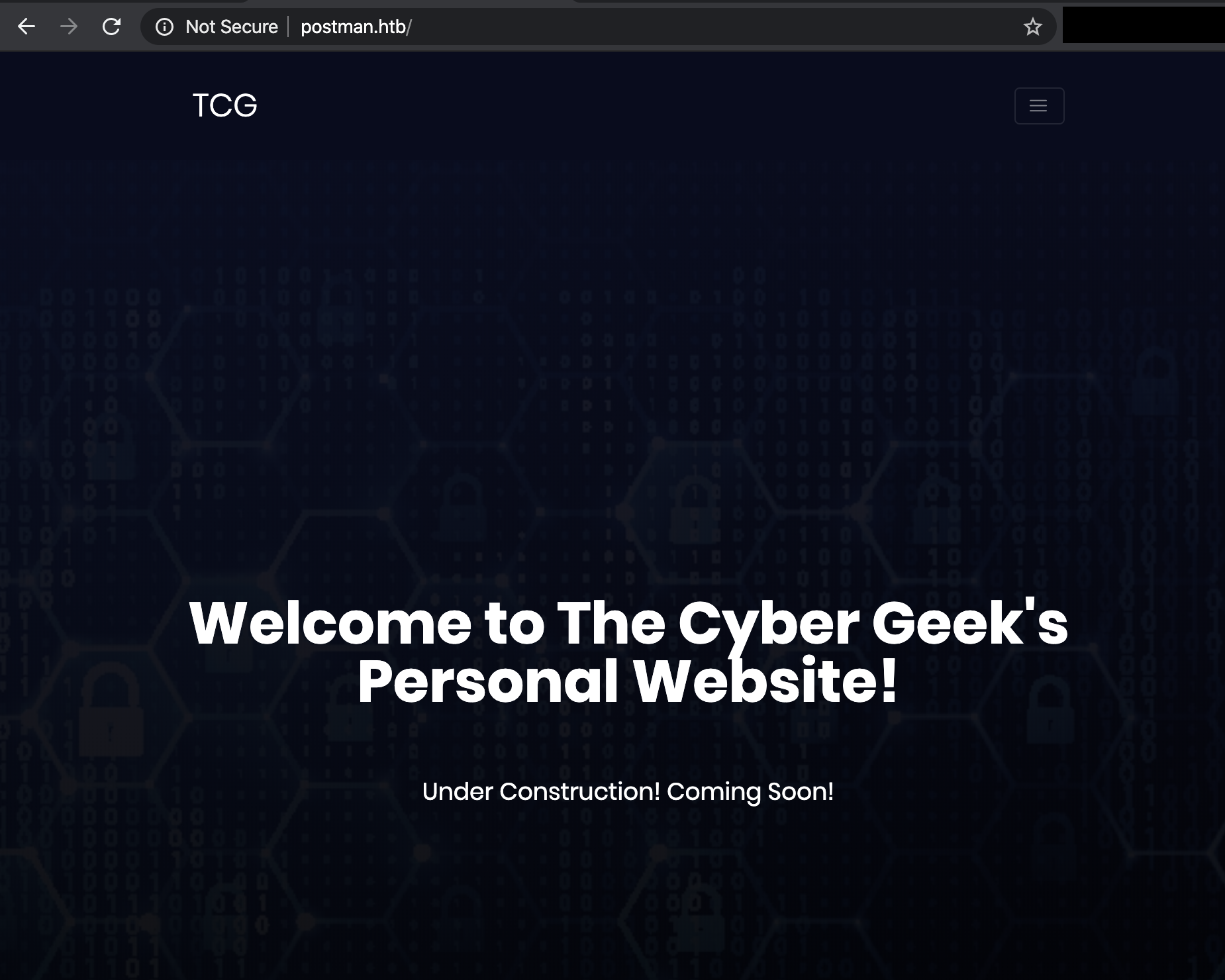 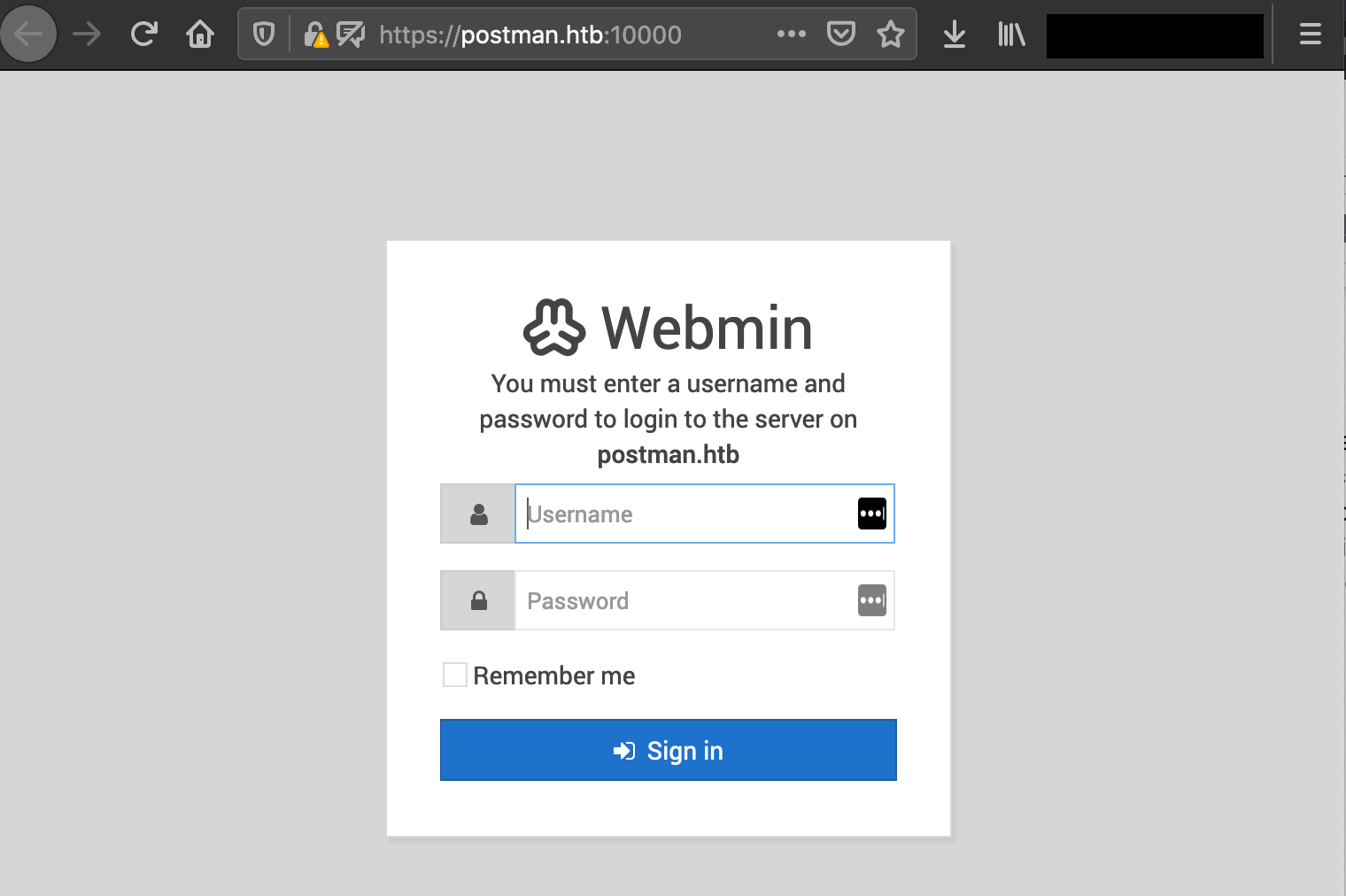 Starting from there….well… There isn’t anything interesting. I run into a lot of rabbit holes without being able to find anything.

In particularly I tried running exploits against the Webmin instance including the infamous CVE-2019-15107 - Remote Code Execution via Password Reset function. But I couldn’t get anything to work nor making progress any progress.

A piece of the puzzle looked missing to me. When this happen I like to restart my recon process from the beginning, to make sure I didn’t forgot anything.

Being new to redis I spent a bit of time reading articles and documentations on redis before starting anything.
During my research I stumbled upon this very interesting article: “A few things about Redis security”.

The article, written by one of the redis dev, explain how to “crack Redis for fun and no profit“ on exposed redis instance with no authentication activated.

Well, indeed not auth is needed to access this redis instance, that’s good news. Let’s follow the article to see if we can exploit it the same way the author present in his article.

The next step described in the article is to write our own SSH Public key into ~/ssh/authorized_keys in order to gain access to the server.

First step is to generate a ssh key pair that we will add to the authorized_keys of the server:

I quote the author on this part since he explains way better than me:

Now I’ve a key. My goal is to put it into the Redis server memory, and later to transfer it into a file, in a way that the resulting authorized_keys file is still a valid one. Using the RDB format to do this has the problem that the output will be binary and may in theory also compress strings. But well, maybe this is not a problem. To start let’s pad the public SSH key I generated with newlines before and after the content:

Now that we have all the pieces, let’s add our ssh key to the authorized_keys file:

Then let’s try to login using this generated ssh key:

Ok, now we have access to the machine with redis user, let’s now find the user to pivot to :

Matt is our user. Let’s do a bit more of recon to see if we can find additional informations.

While searching around, we find an interesting backup file:

A private RSA key, we can probably use it to connect to matt account using SSH… Let’s pull this key to work on it offline:

First thing to try login through SSH on Matt‘s’ account with this key:

Of course a passphare is needed. Maybe we can bruteforce it? Calling john to the rescue:

Good, we got a passphrase here! Let’s try to login again:

We immediately get aConnection closed error message upon connexion… Seems like we have the right ssh key, the right passphare but the ssh config forbid Matt to connect.

Alright so Matt is not allowed to SSH, we need to find another way to access his account.

Now that we have access to our user, let’s make a bit of recon to see if we can escalate our privileges to root.

After a while we can not find anything worthy onto Matt account. Once again, when being stuck let’s go back at beginning to make sure we don’t forget anything. Remember that Webmin instance ? It must be there for a reason…

Knowing that Matt reuse his password maybe we can be able to connect to Webmin using the same credentials (Matt:computer2008) ? 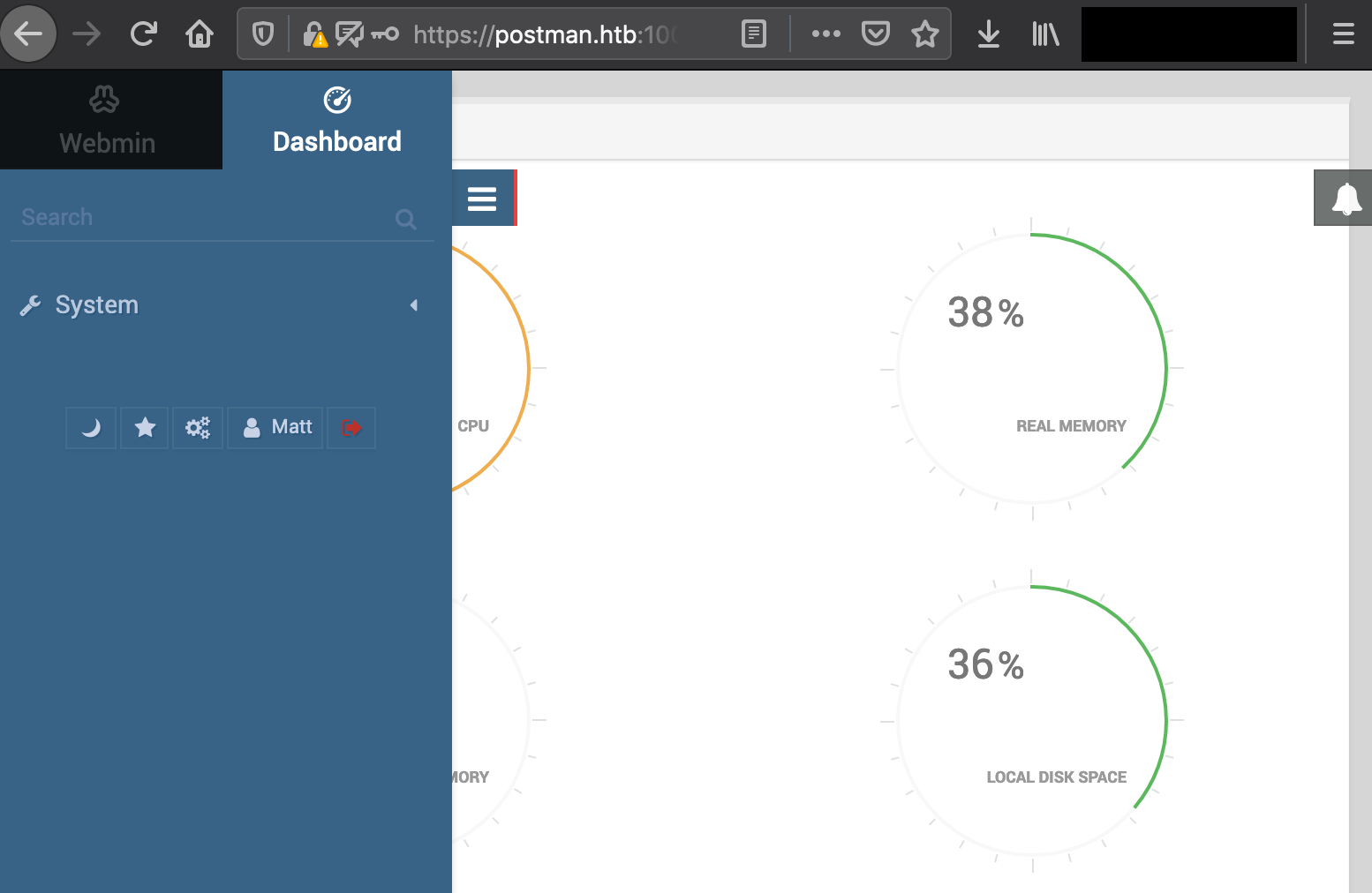 From this control panel we can not access a lot… Only the Software Package Updates page. We can not seem to do anything interesting from there.

Knowing from the nmap result and the page footer, the Webmin version is 1.910, let’s see if some exploit have been published:

Well well, what do we have here… Webmin 1.910 - 'Package Updates' Remote Command Execution. Sounds exactly what we need! Let’s try this one.

This exploit first came as a Metasploit module, but since I try to avoid using Metasploit as much as possible I will use this Python version.

And let’s launch the exploit (after reading the source code, no modification seems needed to make it work properly on this box):

Aaaand a new connection open on our listener: