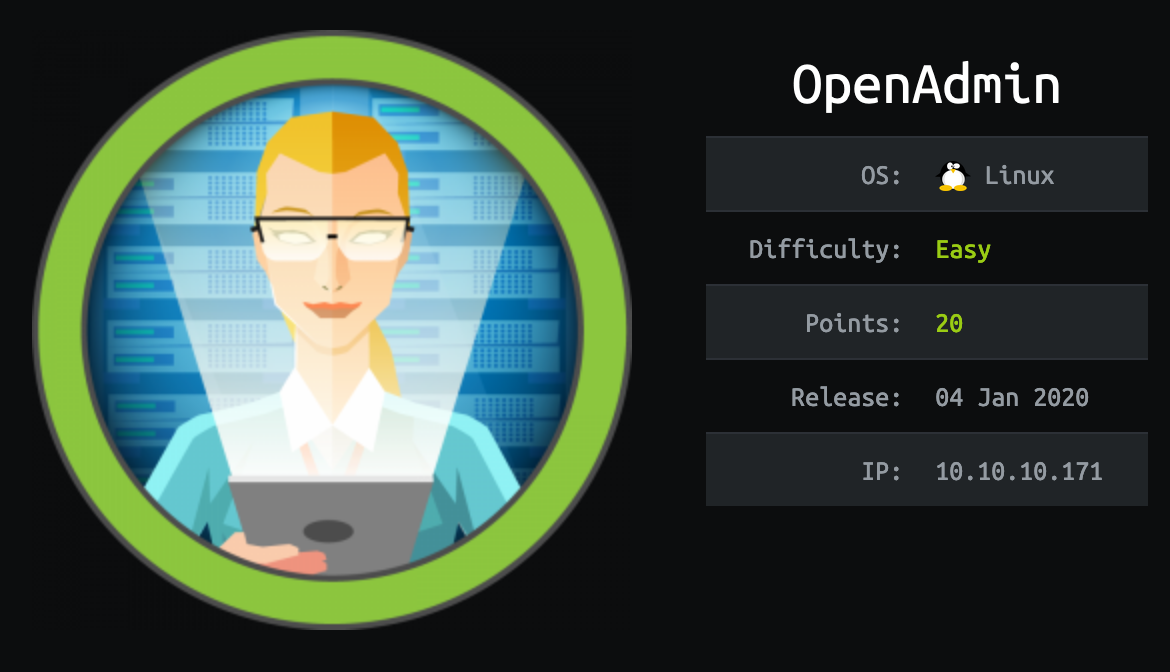 OpenAdmin just retired on HackTheBox. It’s an easy difficulty Linux based box, it need a bit of exploit, lot of recon, pivot and a bit GTFObins to finish, nice combo right? While this box is rated easy I wouldn’t recommend it for beginners since it require a lot a recon, it’s easy to miss important information and can be very frustrating if you are not used to it.

Tl;Dr: To get the user flag you had to exploit a Remote Code Execution exploit on an outdated opennetadmin instance. You get a shell as www-data from which you pivot to the jimmy user after finding his password in a database config file. From jimmy account you pivot again to joanna account by extracting her ssh private key using a php script since the Apache web server is configured to run as user joanna and we have write rights over the Document Root folder. Finally as joanna we can get the user flag.
The root flag was a bit less tricky and needed you to execute a shell from inside a privileged nano that joanna is allowed to run as root without password. 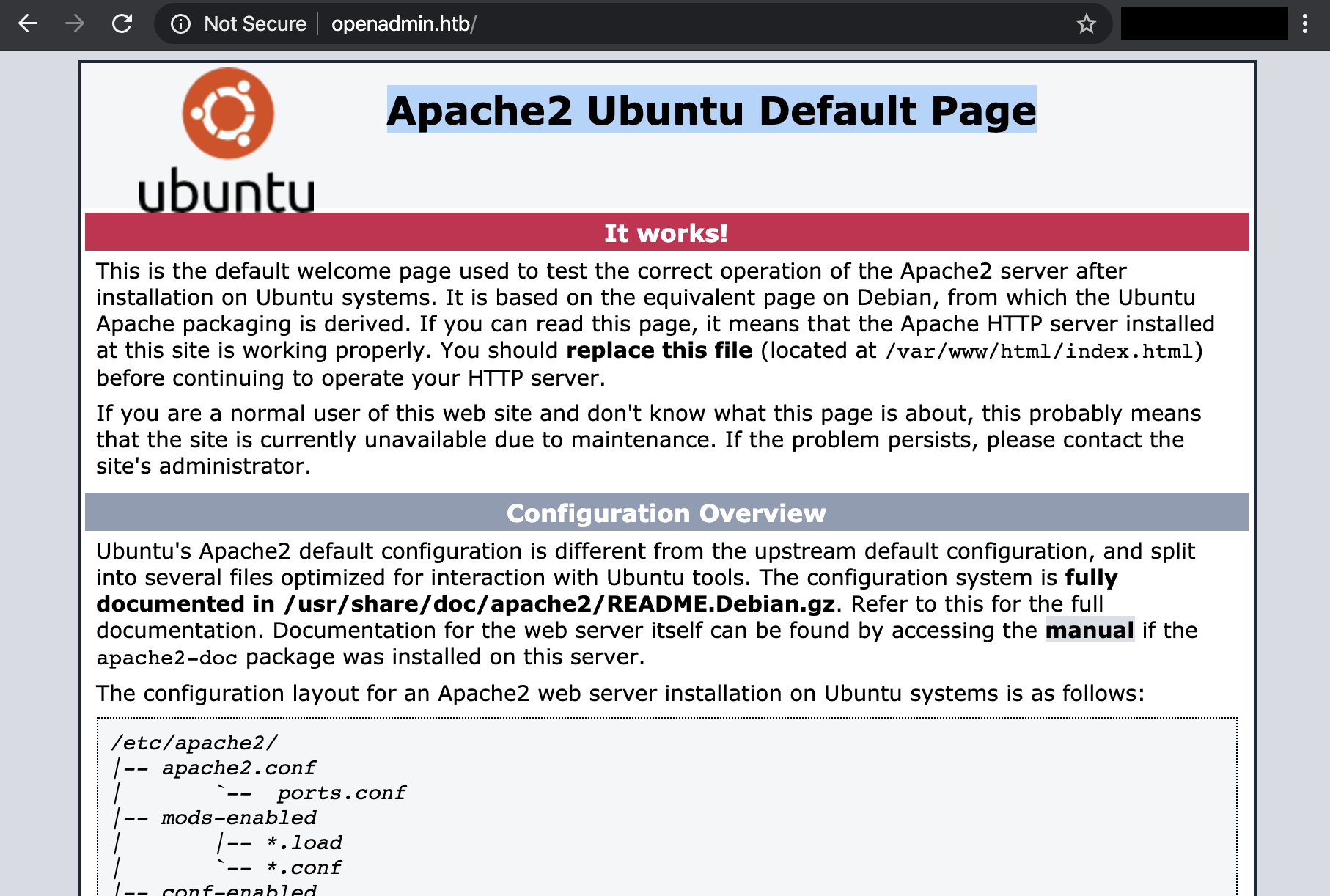 Nothing really interesting to see here… Let’s open gobuster to see if he can find some juicy files and folders: 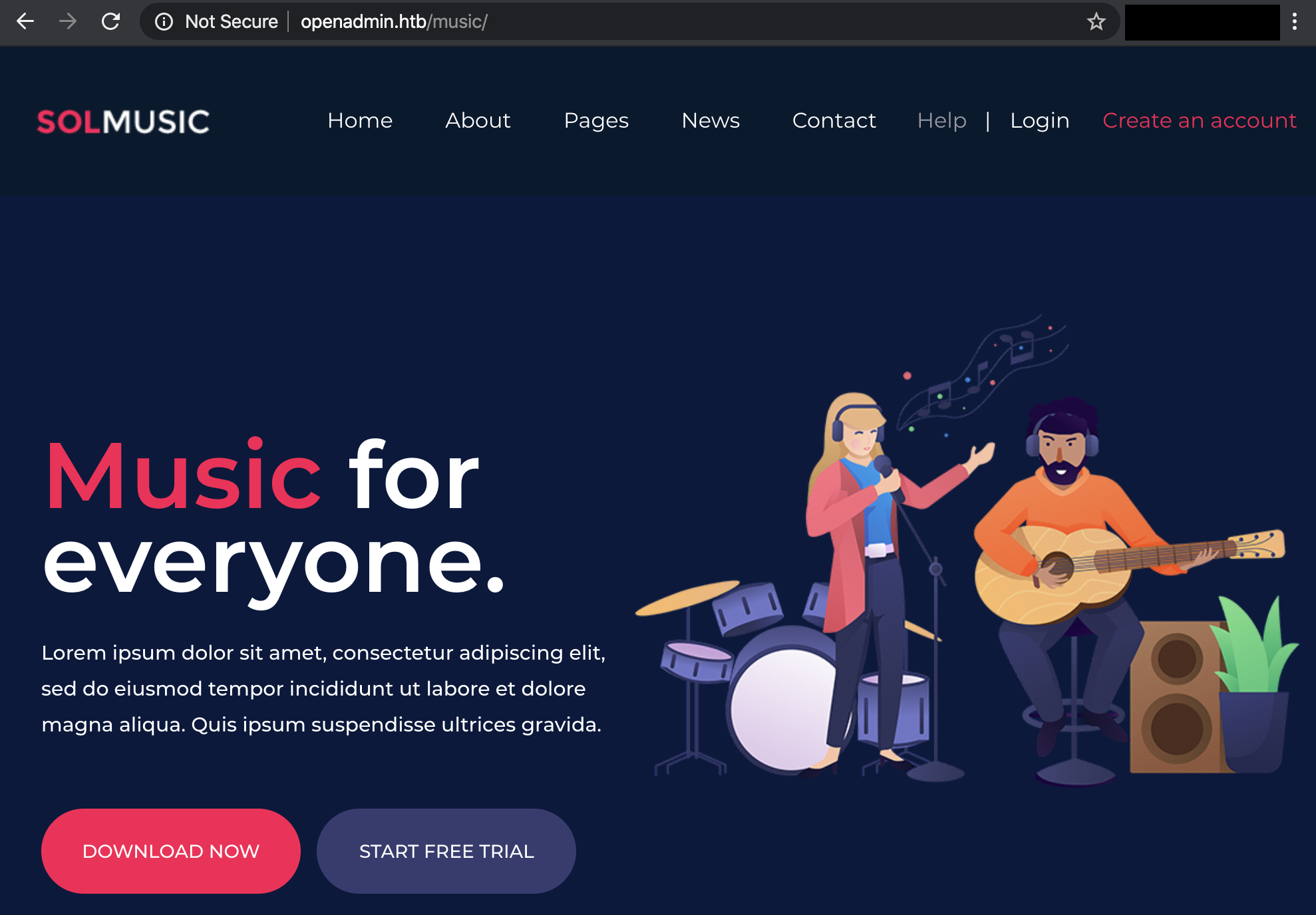 Oddly enough the Login button redirect to an admin interface: 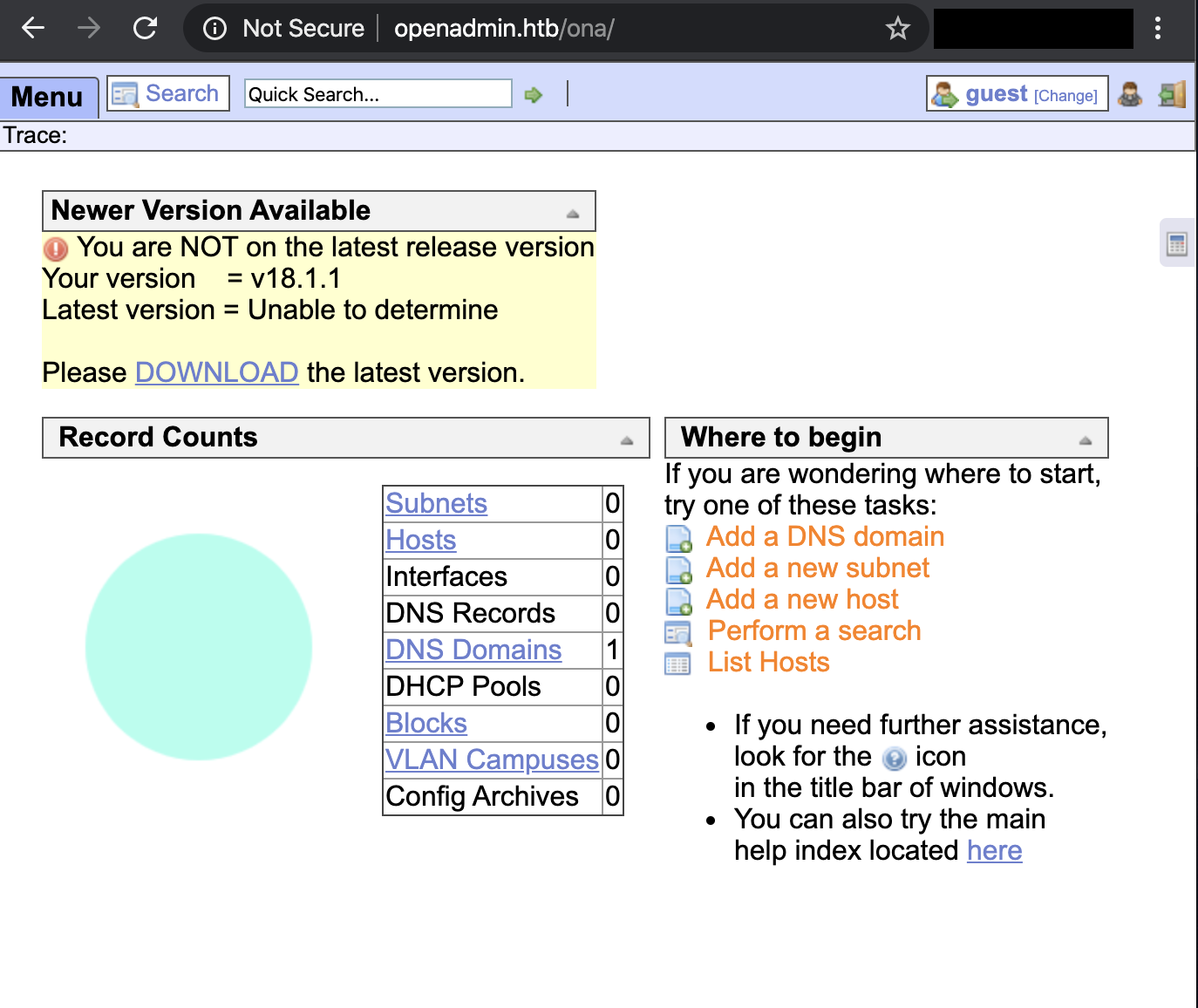 First thing that catch the eye is this big yellow message:

You are NOT on the latest release version
Your version = v18.1.1
Latest version = Unable to determine

We all know what outdated software means right :D

Selecting the “DOWNLOAD” link redirect to the software page which is called…. OpenNetAdmin. At first I though the name of the box would be related to a admin page being open and easily accessible but turn out it was more a reference to the software used.

We have the name of the software and it’s version (which is outdated). Let’s see if some already made exploits are available:

We got a shell as www-data.

Two users, we don’t have enough rights to access neither of their home folder. Let’s continue our enumerations.

One thing that often gives good results on web applications is searching for hard-coded password. A little grep can do that for us:

Here is something interesting! The full config file is the following:

Let’s see if this password can work for either jimmy or joanna:

It works with jimmy! Unfortunately there is no user flags here, but at least we get a stable shell.

Since we got database access I went to check if we could find juicy informations and potential other users password hash in the database:

Too bad no hash for joanna here. Let’s move on to more recon.

While looking around (still using the awesome grep) we find some interesting config files mentioning joanna:

The sudoers.d one look perfect for a privilege escalation don’t you think ? Let’s keep this in mind for later. The one that really catch my eye is the apache config. Let’s see the full file:

It was the first time I saw about the AssignUserID configuration. Even if we can easily understand that it’s meant to run the apache process for this virtualhost as joanna instead of www-data I searched on the documentation out of curiosity to learn more about this.

This configuration is available through the apache2-mpm-itk module:

So, the virtualhost for /var/www/internal document root runs as joanna. If we can find a Remote Code Execution command in the PHP code in this folder (by abusing an eval or uploading web shell for example), then we can run commands as joanna user.

To be honest, I missed this folder in my previous recons, so let’s see what’s inside now:

Here is something interesting… The internal folder is owned by our current jimmy, meaning we can write anything we want in this folder. I will use use the shell_exec() php function to try to retrieve joanna ssh private key.

Here is one way to do it:

Now let’s run it! (Remember apache listen on port 52846 for this virutalhost as we can see in the internal.conf config file)

Note: Don’t forget to remove your php file to not spoil users after you ;)

We can now use joanna ssh private key to login to her account:

No luck! Passphrase is needed. From here we have two choices:

I think it would be more interesting to show how to brute-force the hash, if we fail we can still go back to open a simple reserve shell.

I will use john to bruteforce the ssh key passphrase:

Great we got it, and it’s related to ninja again. Let’s grab our flag now:

The recon phase won’t be needed there since we already got the information we needed while searching around for user flag. As a reminder:

A good habit for fast privilege escalation techniques is to check on GTFOBins.

And of course there is an entry for nano:

Let’s give it a try!

As always do not hesitate to contact me for any questions or feedbacks :)